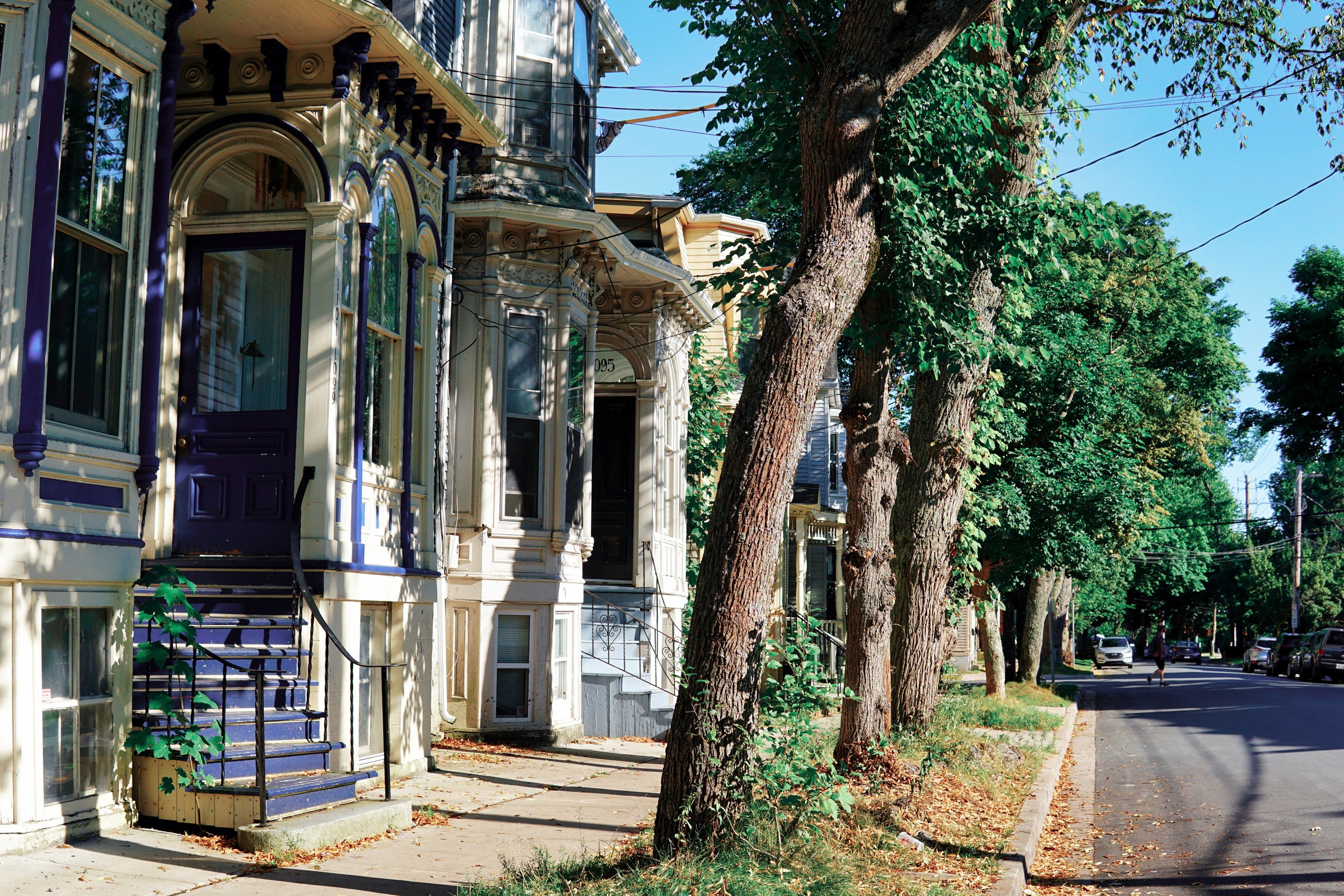 August 2022 was the first time I had been back to Halifax since I had lived there for about a year in the mid/late 90s. My dad was a postdoc at Dalhousie University, which is what initially brought us to this epicenter of Maritime Canada.

On the corner of Victoria and Inglis

It was a hot, sleepy summer afternoon on the corner Victoria and Inglis as I awoke from a nap inside a newly remodeled Airbnb. Although it was a short family vacation where every day was packed to the brim with activities, I just “had a feeling” (as I sometimes do) that I should sneak out and go for a walk on my own.

Back in the 90s, it wasn’t crazy for an immigrant family of four to rent an apartment in the South End of Halifax on a single, measly postdoc income. Judging by the cost of our Airbnb, however, those days were long gone.

But whatever gentrification or upscaling had taken place, it wasn’t obvious by the architecture of the houses or apartment buildings lining the streets. In fact, many of the buildings still looked familiar to me—most of all the old apartment building we used to live in just around the corner on Victoria Road.

It was 25 years ago that I’d walk to a farflung elementary school by myself as a Chinese-Swedish nine year old so that I could learn to speak English. Well, I actually wasn’t sure at all how far away my elementary school was, but it felt far away to little me then.

Naturally, seeing if I could find my way back to the school building on feel alone after 25 years presented itself as an opportunity to indulge my nostalgia, but more importantly, a fascinating challenge of intuition and memory.

There was also an element of mystery involved, because earlier in the trip, I had tried to search for “Tower Road School” on a map of Halifax without any luck. Yet I was 100% sure that was the name of the school.

What would I find after following my vague recollections of a nine year old’s waystone-based directions (“cross the big street”, “don’t turn too early”, “left away from the old houses”, etc.)? Would I find a recognizable building where I thought the elementary school should be? Or would it have been replaced by a luxury apartment building that I wouldn’t recognize and walk right past?

I found it ironic that the nine-year-old version of myself had more confidence in his innate sense of direction than the 34-year-old me. What my iPhone gained, I had lost.

My walk to school started with an uphill climb on the crooked offshoot portion of Victoria Road that flows into a soft left as the street lines itself up with Halifax’s grid. This part I remembered fairly well, as seeing the Queen St street sign on the potential to turn right called forth a voice inside that said, “not here”.

On the next block after the soft left, I walked past an apartment building that looked to be a senior home, and it just so happened there was a group of chatting seniors gathered on the front terrace that I thought I could interrupt to ask about Tower Road School. To my surprise, that same nondescript voice on the inside piped up and said, “not yet”.1

Regardless, I thought that was pretty weird and even considered overruling that voice with logic as I reasoned that I might miss my only opportunity to find out what happened to Tower Road School. After all, the probability was high that at least one senior in that group would have known the fate of my old elementary school. I even began developing a hitch in my gait as my logical mind and intuitive mind waged a tug-of-war on what was best course of action. Ultimately, my intuitive mind won—or perhaps it’d be more accurate to say that my logical mind temporarily stood down.

As I stepped beyond earshot of the seniors, my logical mind voiced its regret all the way past the next two street intersections and crescendoed as Victoria dead-ended at Tower Rd and I couldn’t remember whether to go left or right. “Dammit Mohan, you should have asked those seniors!” And at this point, I’m not so sure it was wrong. I decided to hang a right at Tower Rd, but the confidence I had built up in the first 5 minutes of the walk was shattered.

Incredibly, within a dozen steps or so I instantly felt something was off: I should have turned left instead. Yet looking around at the houses lining the street, I wasn’t so sure that turning around immediately was the right thing to do. The visuals on that part of the street were quintessentially “Halifax” and I felt compelled to temporarily suspend my wayfinding mission and instead get my camera out. Indeed, the main photo on this page came from that happy detour.

“It’s not far from here”

Retracing my steps back to the intersection of Victoria and Tower Road, I continued on the portion of Tower Road that would have been the result of turning left instead.

Half a block in, there was another apartment building terrace where an old man wearing a N95 mask had just stepped out, stopping just short of the sidewalk.

I walked three steps past him when that same voice on the inside came up and said, “this is the man you’re supposed to ask.” I froze in my tracks. The feeling was certainly uncanny, borderline supernatural. Spooked but obliging, I turned around.

“Excuse me, sir, are you a native of Halifax?”

As I said this, I noticed his N95 mask again and thought to myself, “oh man, this old man is clearly really careful about COVID and here you are sending your breath in his direction.”

Yet to my surprise, his energy was open and curious. He said yes—he’d been living here for 40 years now, since the early 80s. Bingo.

“I lived here as a kid for a year in the 90s and this is my first time back in 25 years. I went to a school called Tower Road Elementary School and I’ve been trying to find it, but it doesn’t show on the map. Do you know what happened to it?”

He thinks for a moment and then says, “oh yes, I know where it is. I can show you,” he says as he points further down the road. “It’s not far from here.”

Dumbfounded, I blurt out, “Why, that’d be amazing. Thank you!”

A partner for scotch

The old man’s walk is more of a shuffle. He does look to be in his 70s or 80s, after all. I have to slow myself down a couple of times to match his pace. It takes us over 5 minutes just to walk the remaining block’s distance to a building I instantly recognize as Tower Road School, but I neither mind nor am I in any hurry whatsoever any longer.

My new friend and I cover a lot of ground in our conversation: that Tower Road School was in bad shape throughout the 90s and Halifax Grammar School, a private outfit, came in and bought the building in 1999; that he moved to Nova Scotia in the 80s from New Brunswick; that he was a retired lawyer who used to live in a different part of town (incidentally the part that we’d move to after I finished 3rd grade at Tower Road); that he and his wife recently moved to this part of town because this is where she used to live when they initially met nearly 40 years ago; that he had an only son who would have been 35 this year who recently died of brain cancer, which is why he and his wife decided to downsize and move into this apartment complex on Tower Road; that his son was a software developer who was considering starting his own business; that his son’s passing made him realize that he shouldn’t wait on things he wanted to do, like go to a specific place in town that had the best scotches after the pandemic eased up.

It’s these last points that make me realize that for as much as he was meant to be a miracle for me, my presence and parallels to his son were also a gift to him. I feel a tremendous sense of purpose in playing this role on that day.

And so we stand like this across from the school and just talk for another 10 minutes as the cars and buses go by. At the end, I ask him his name. He says it’s Richard Cregan.

“Nice to meet you, Richard. Let’s go get that scotch next time I’m in town if you haven’t done that already. My treat.”

When I got home from the vacation, I looked up Richard and found him in an online directory of lawyers. There’s an address there for him that must have been his old one before he moved. I punch it into Google Maps.

Before I register the name of the neighborhood, I instantly recognize the shape of a particular set of streets that carve out the schoolyard fields of Le Marchant St. Thomas—the elementary school where I attended 4th grade after my family was able to move out of the apartment complex on Victoria Road to a nicer duplex. Well, it turns out he was my neighbor on the block over.

I suddenly get shivers down my spine: given our ages, that means his son and I had likely even been classmates at one point. 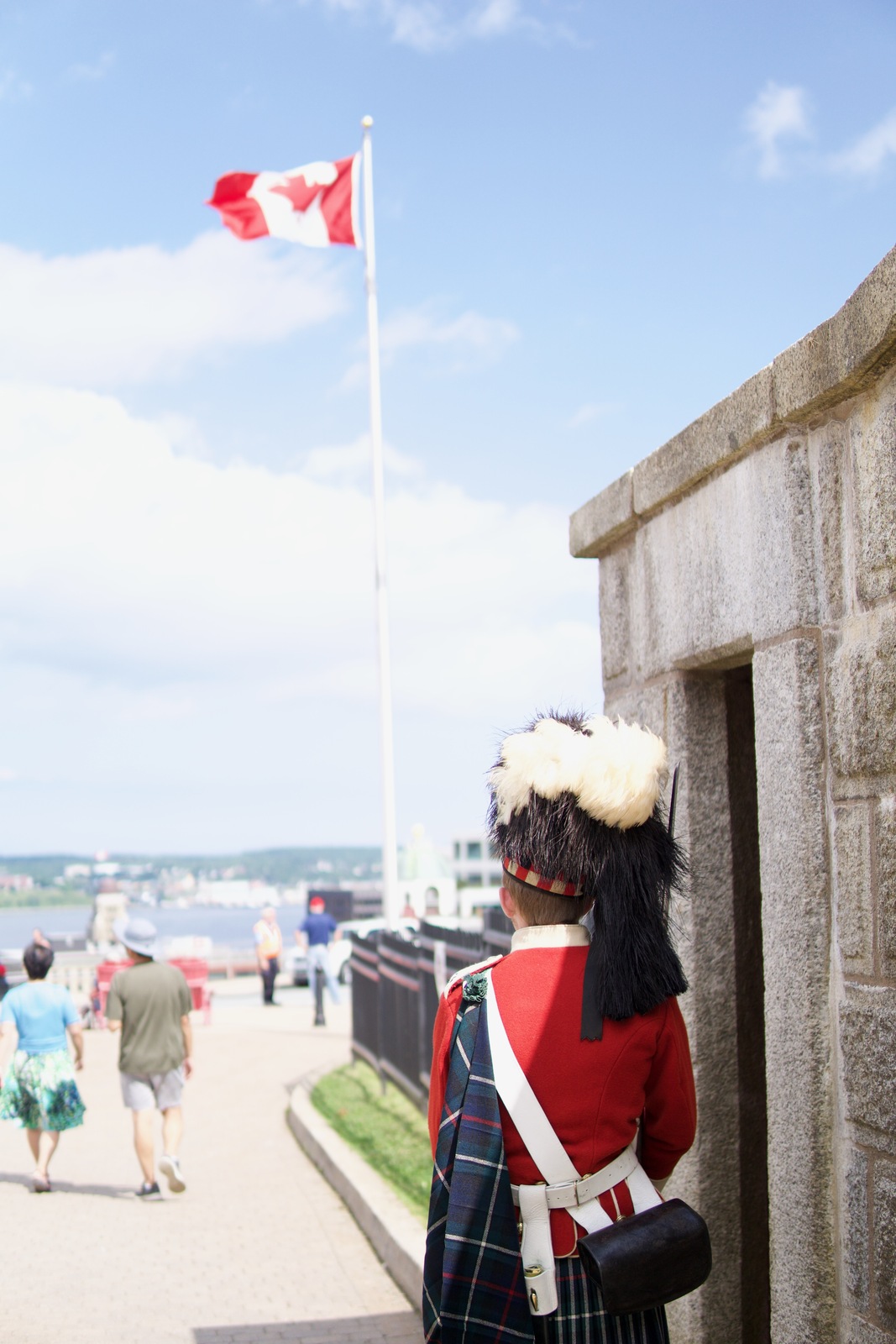 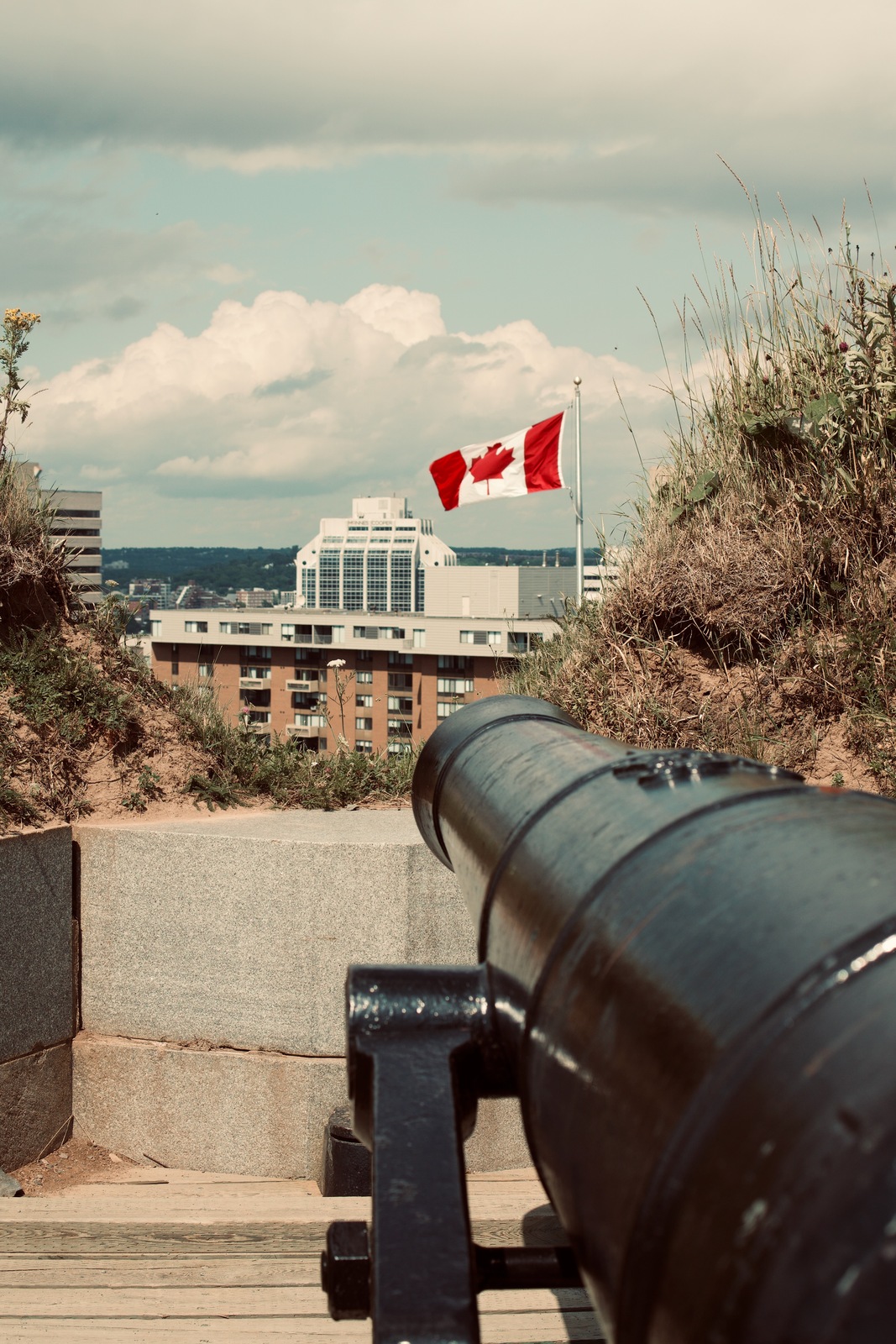 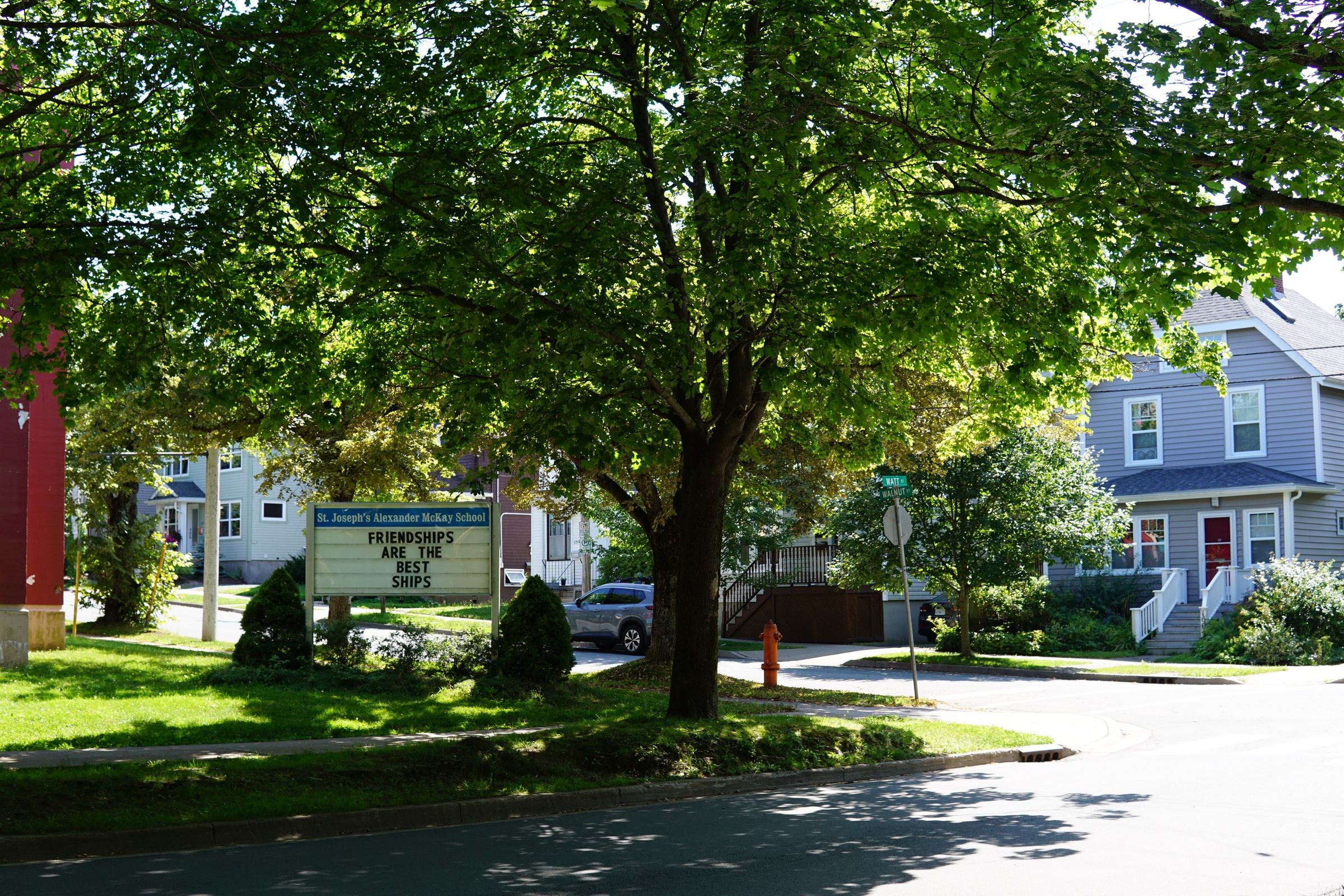 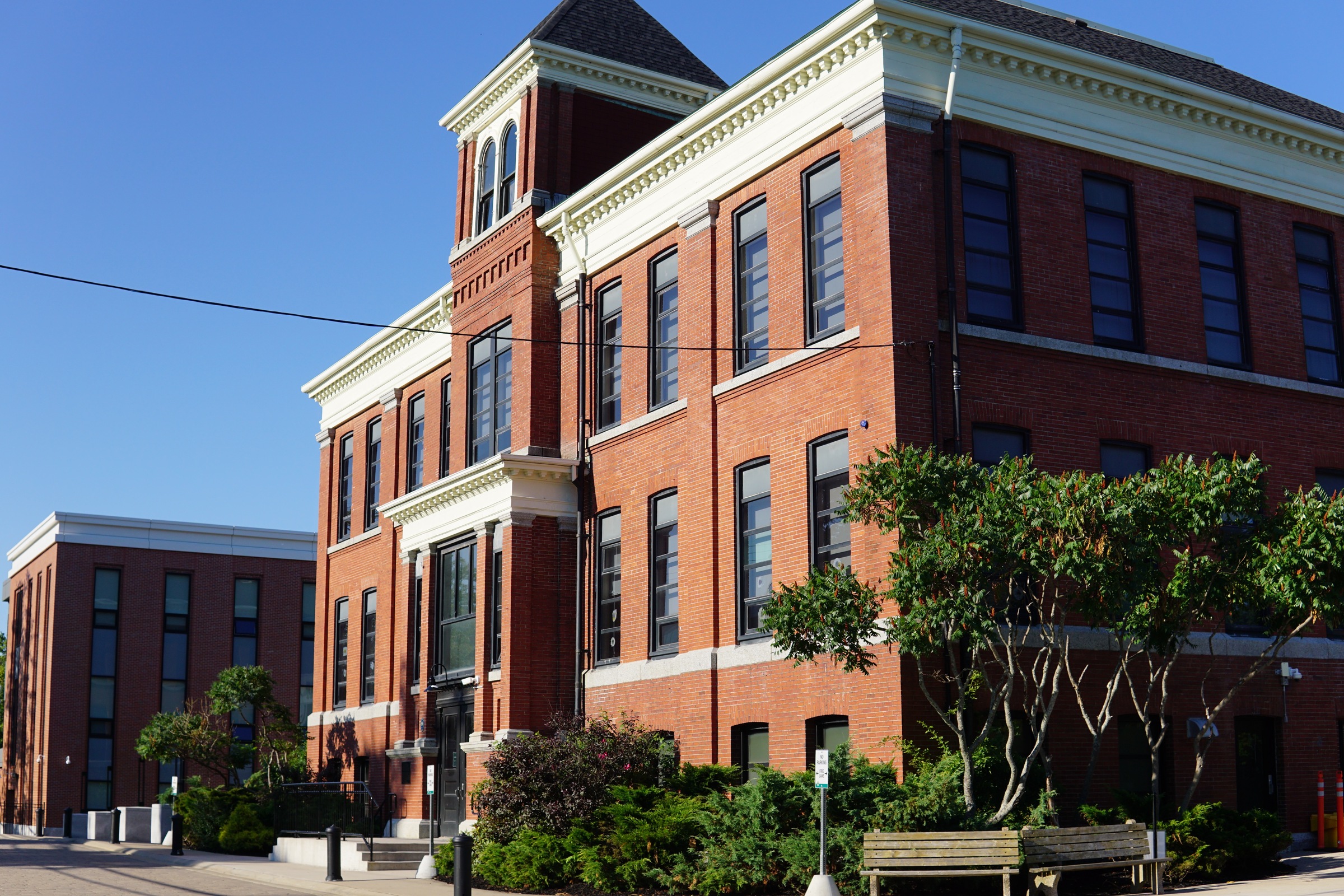 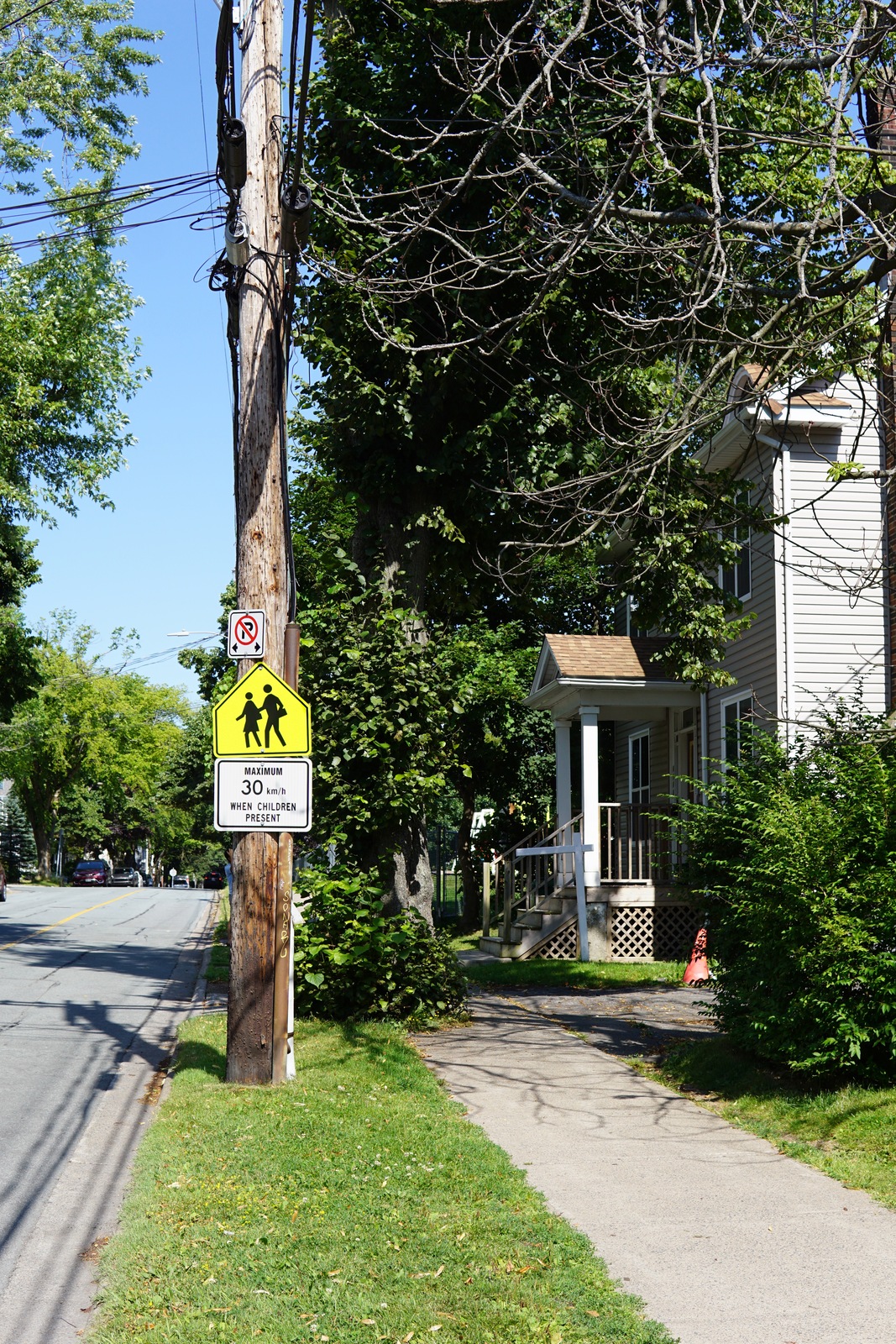 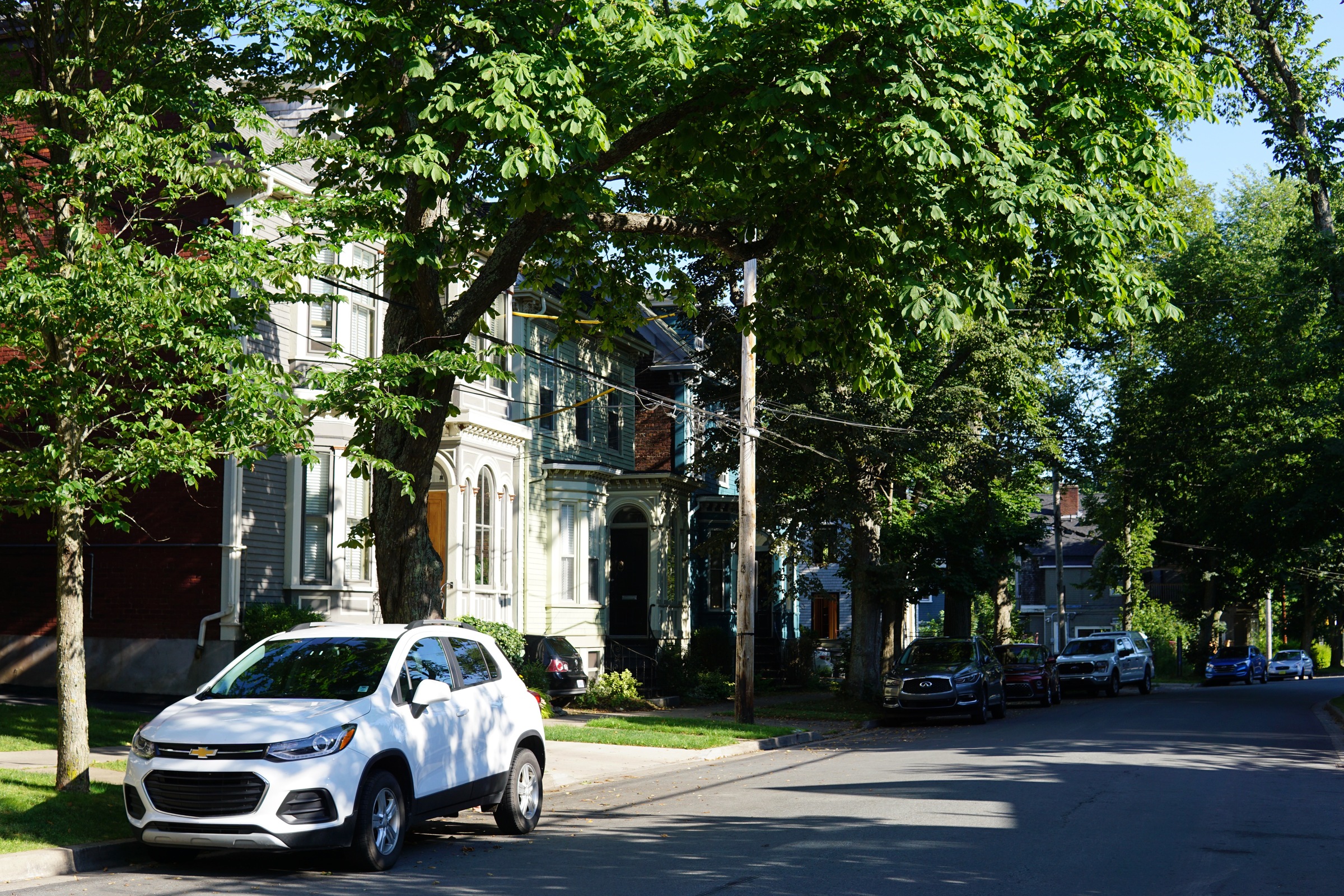 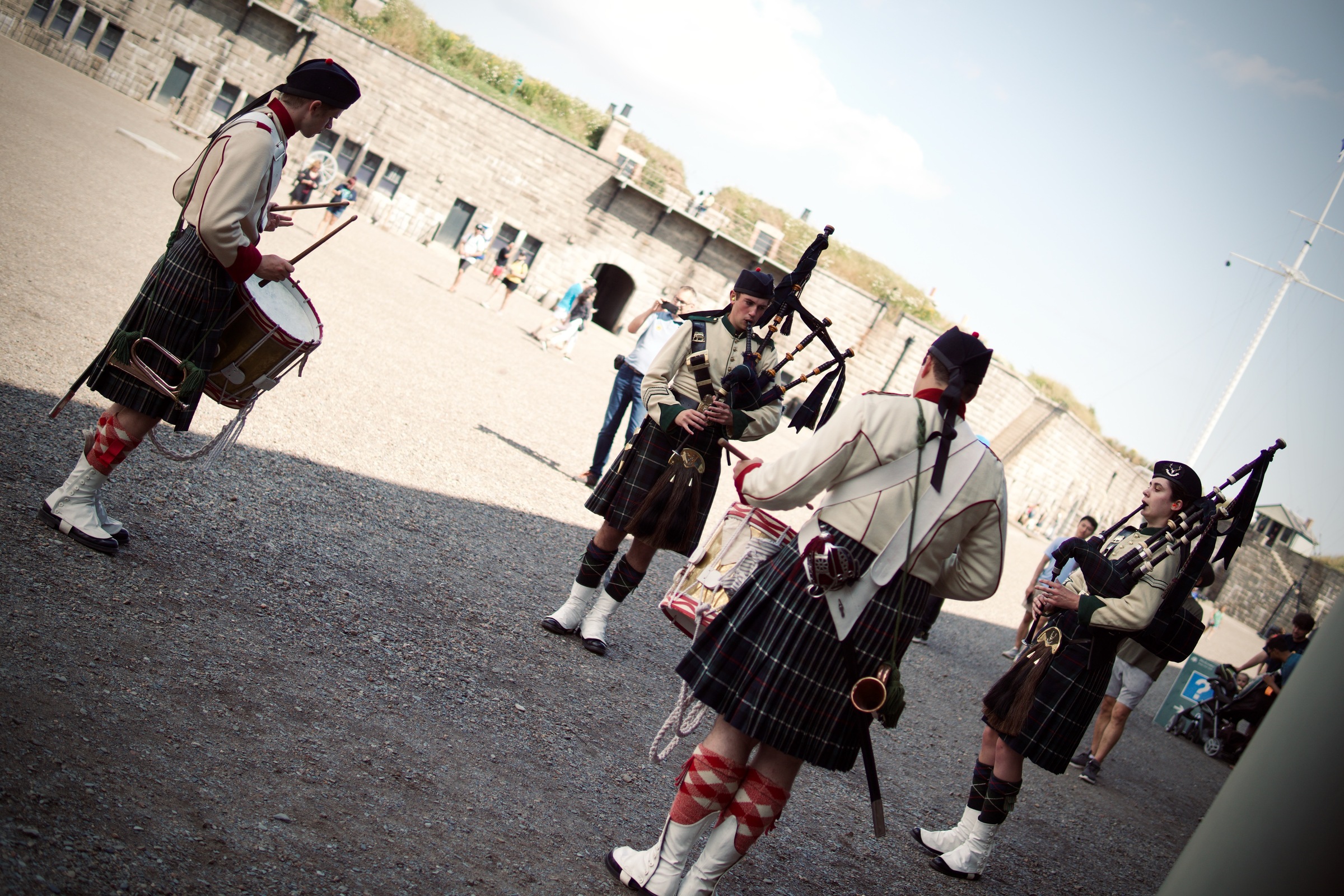 Something else I learned on that trip is that Nova Scotia is literally part of the same geologic formation as the Scottish Highlands and the Appalachians (all this before the Atlantic formed, of course). Nova Scotia is truly beautiful and speaks to me deeply. I am so proud to count it as a home. 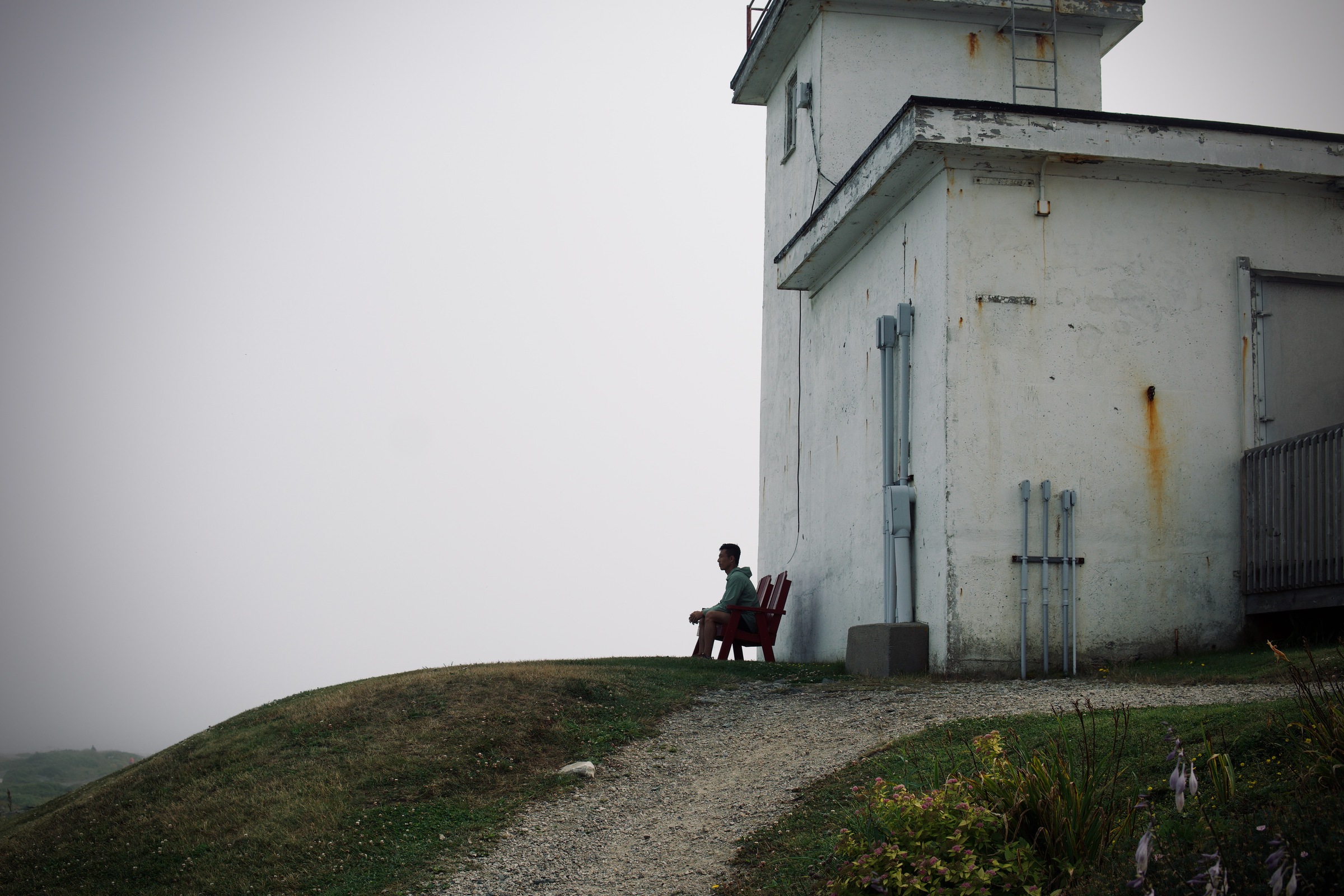 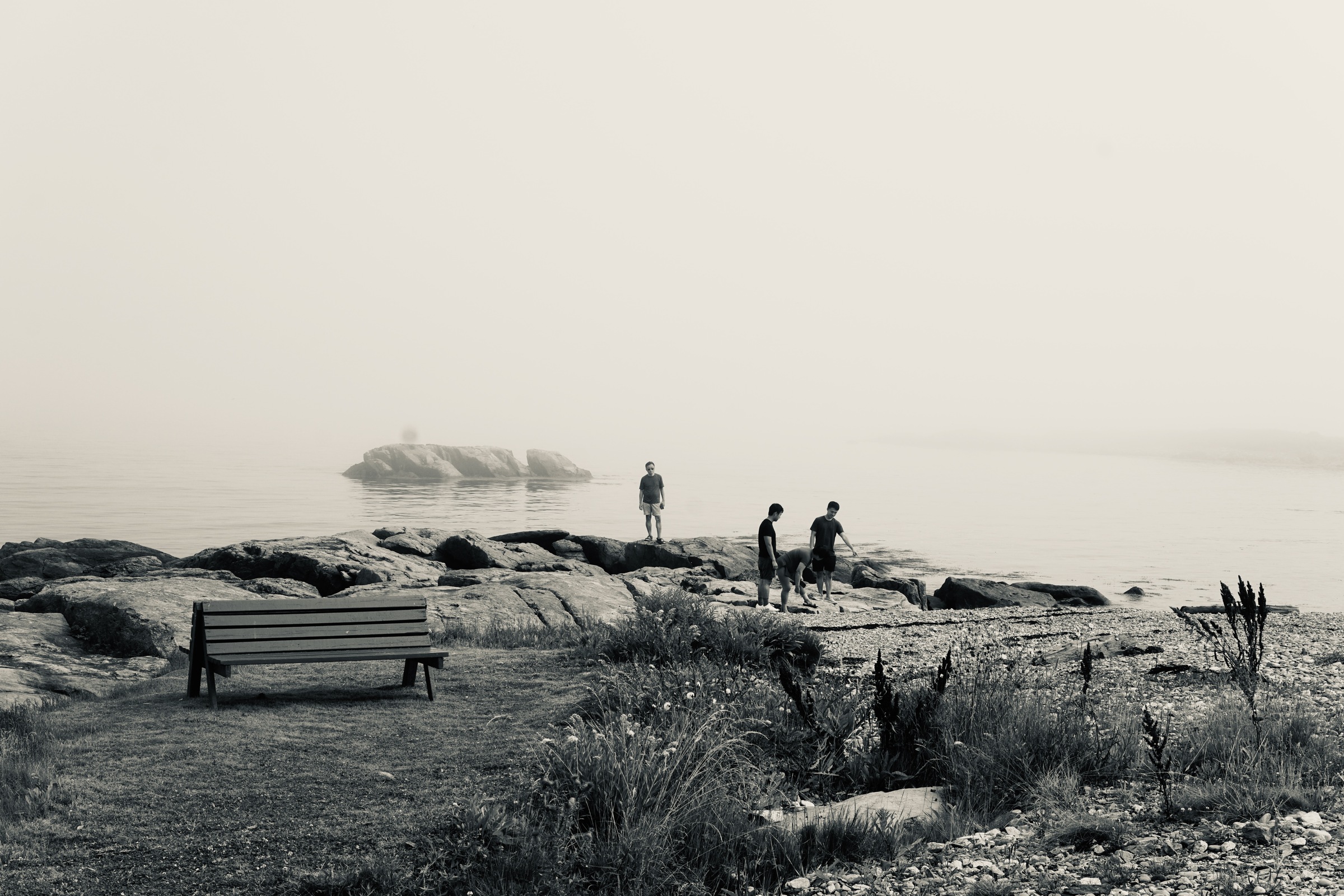 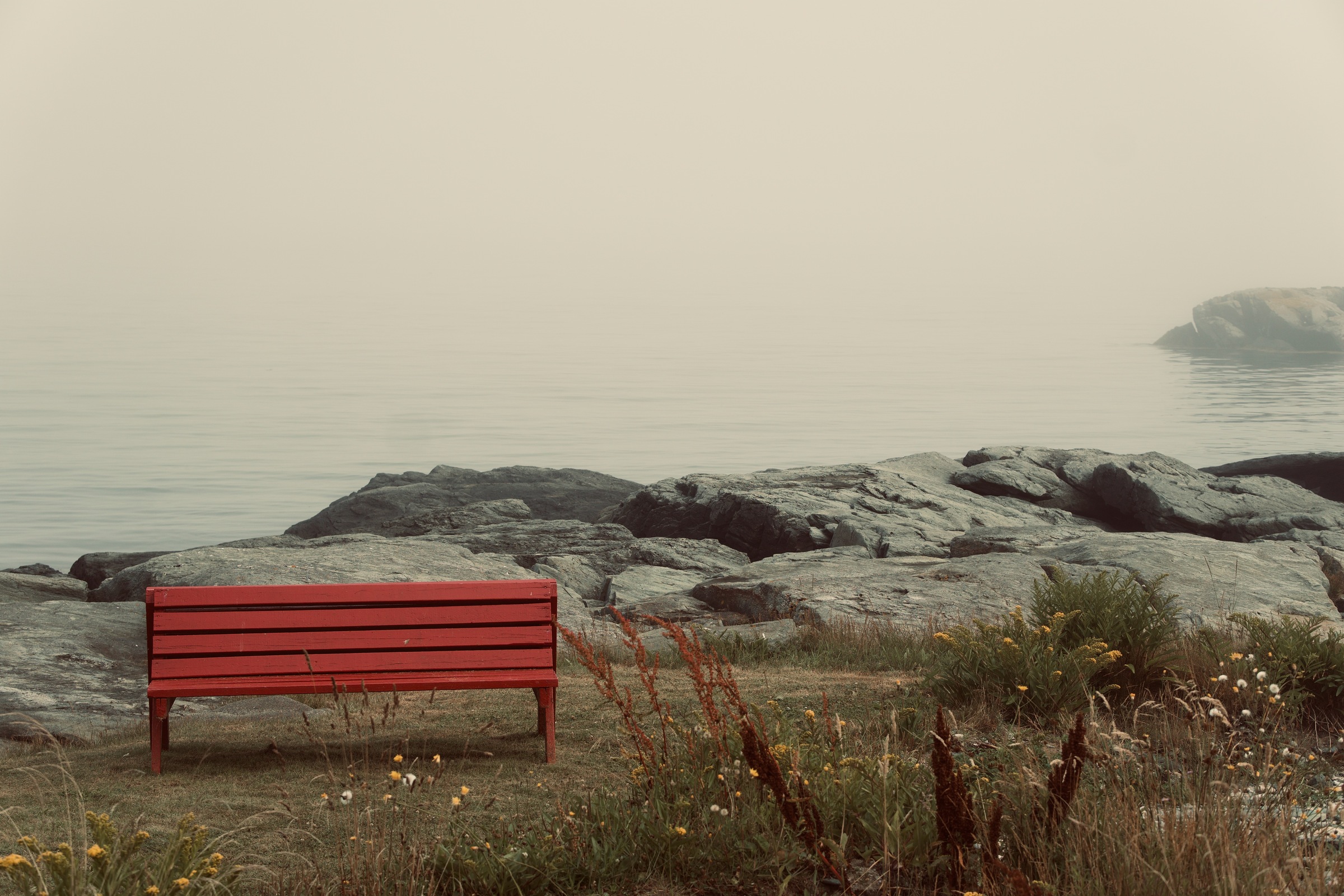 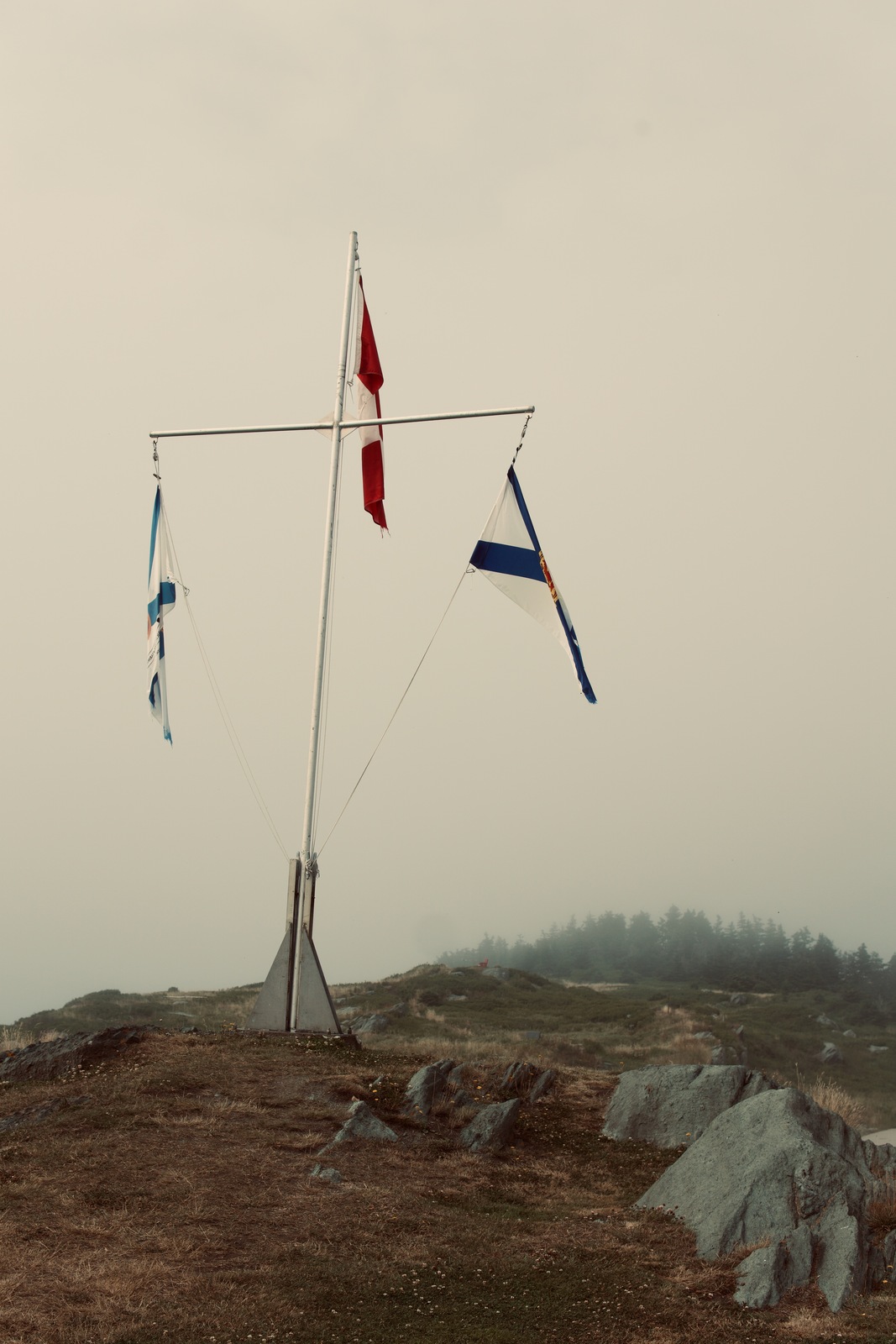 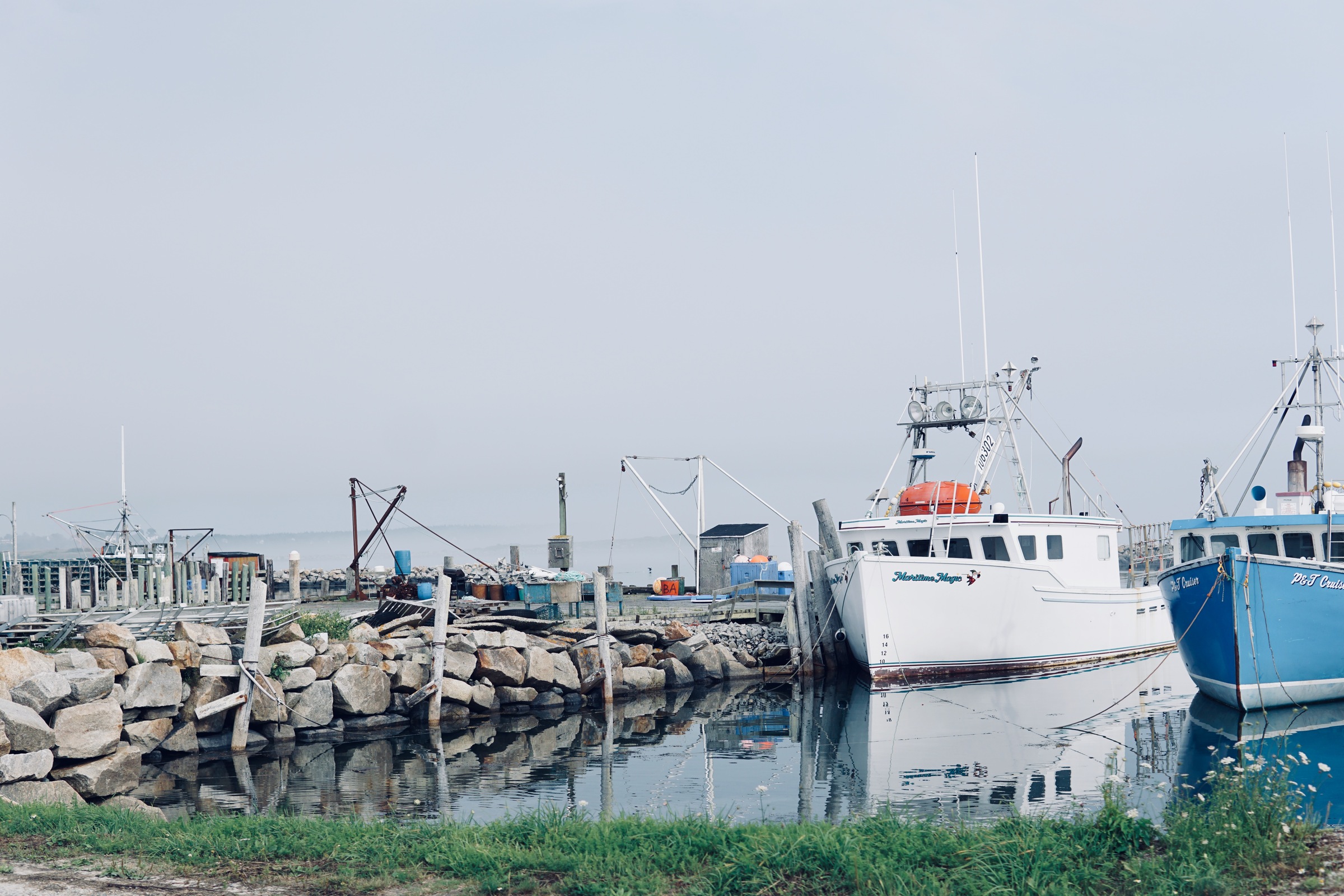 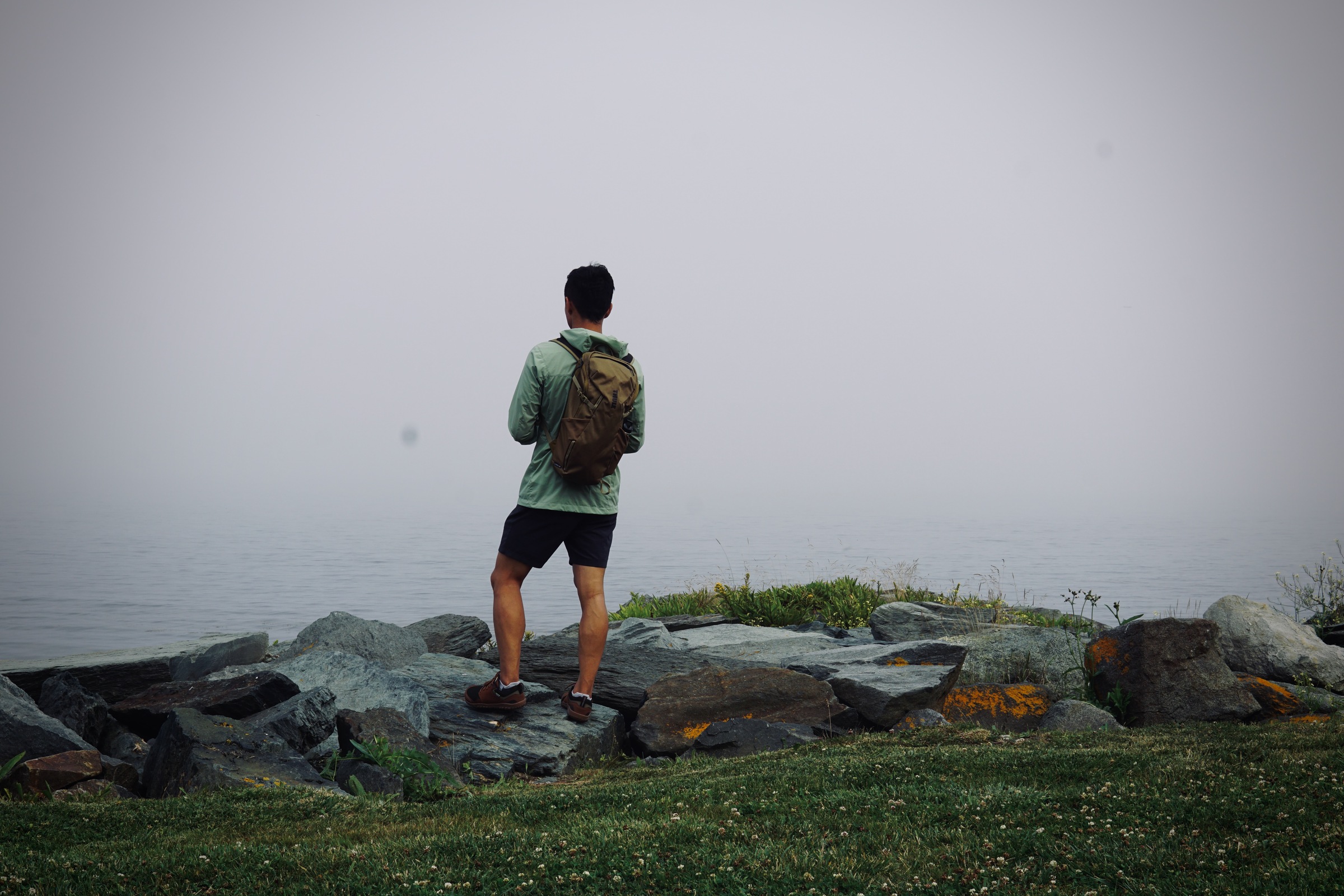 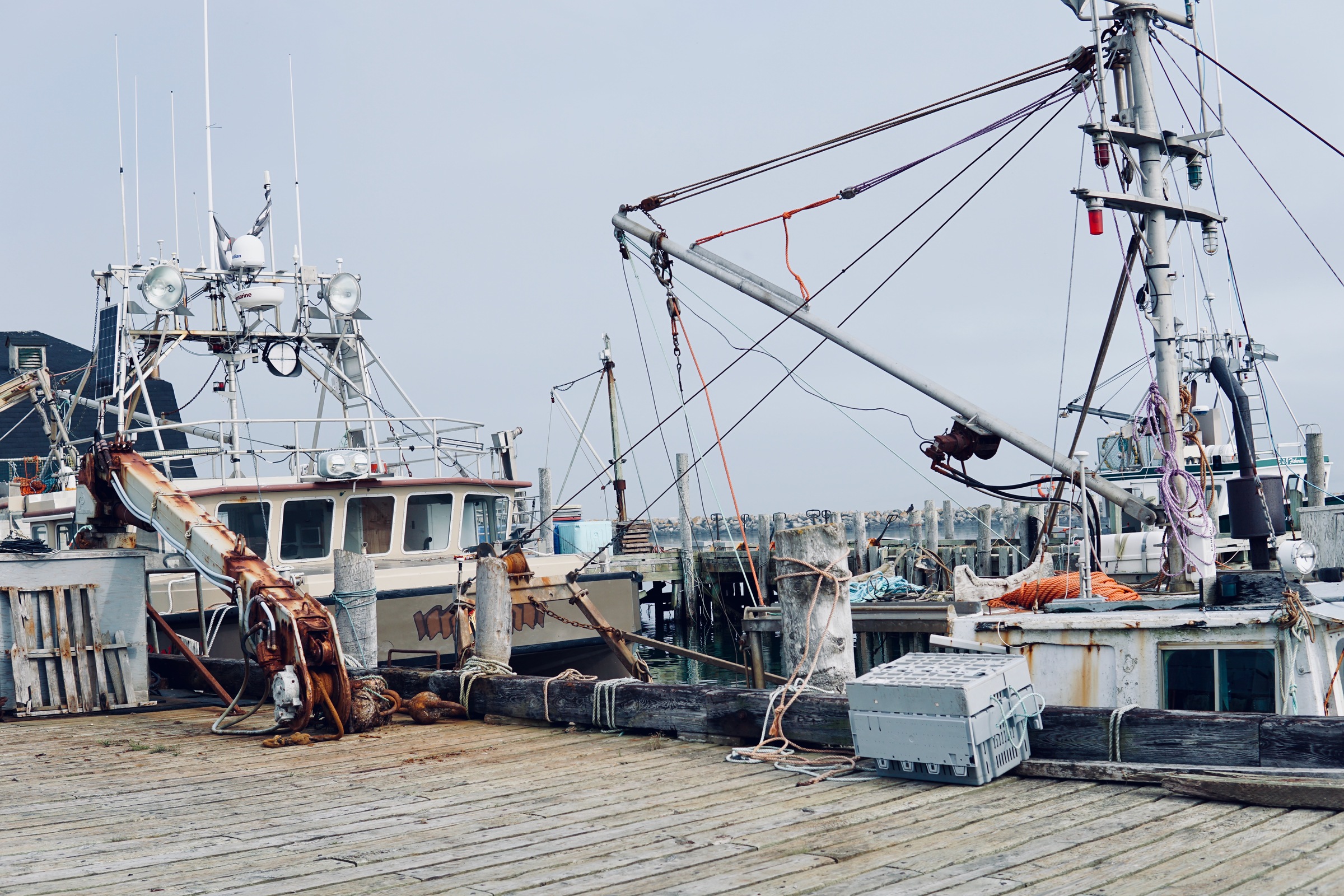 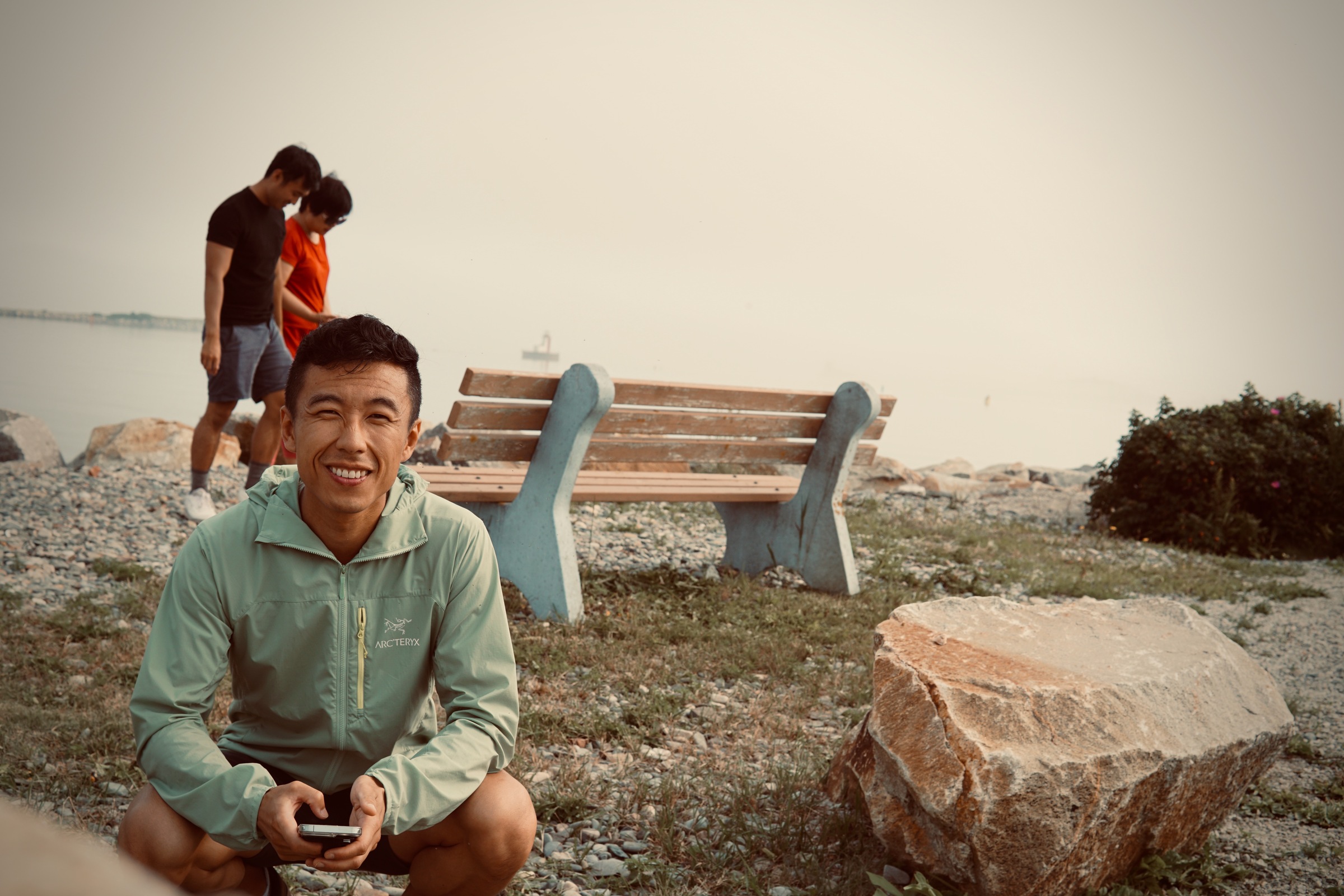